Around 800 lawyers have signed a founding statement of the Lawyers for Change Association, a pro-reform group that will act as a branch of former International Atomic Energy Agency chief Mohamed ElBaradei’s National Association for Change (NAC). The lawyers declared their support in a conference held yesterday at the Egyptian Center for Social and Economic Rights.

The association is set to start gathering signatures on a statement entitled “Together we change” through more than 500 offices across Egypt. They will also offer legal protection to those calling for change.

Asaad Heikal, one of the founders, told Al-Masry Al-Youm they hope to collect 300,000 signatures monthly, gathering and documenting proxies at the association’s offices across Egypt.

Heikal said that that he wanted the conference to be held at the Lawyers Syndicate headquarters, but syndicate president Hamdi Khaleefa refused.

George Ishaq, a NAC leader and a founding member of the pro-democracy Kefaya movement, said that ElBaradei had hoped there would be a branch of the association in the syndicate, especially because his father was the president of the Lawyers Syndicate. He also asserted that it is necessary for NAC to establish offices across Egypt to defend pro-change activists and collect signatures.

Hamdi Qandil, media coordinator for the association, encouraged the Doctors Syndicate, the Lawyers’ Syndicate, as well as workers in general to form a front that includes different syndicates and political trends that support change in Egypt. 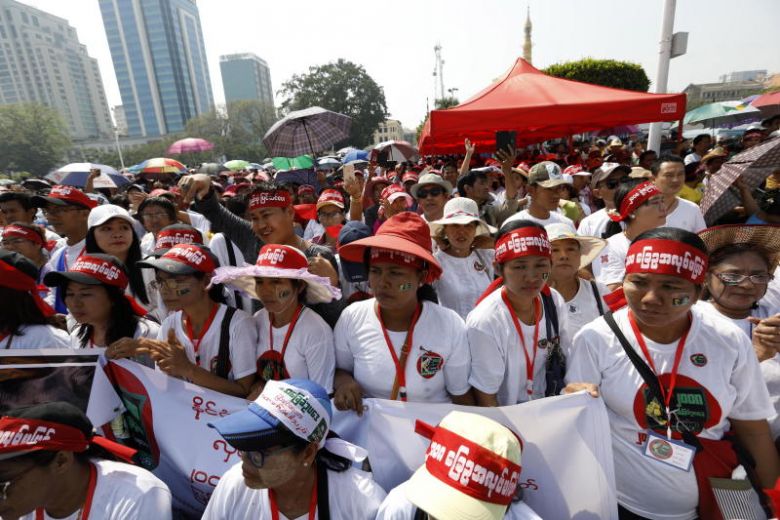 ElBaradei tweets: High time for Arabs, Iran and Turkey to bite the bullet and start dialogue

ElBaradei: Should we consider the Palestinian government to be terrorist like Hamas?