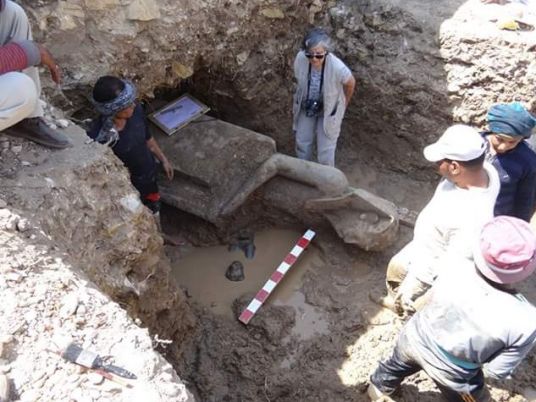 Since the beginning of the year, the German archaeological mission operating at the King Amenhotep III Temple area in Luxor has discovered parts from 66 statues of the Pharaonic goddess Sekhmet, the Antiquities Ministry's official Facebook page reported on Wednesday.

The discoveries were made during a restoration project for the Colossi of Memnon, two massive stone statues of King Amenhotep III and his temple. The project began in 1998 with the goal of preserving the remnants of the temple and rebuilding it anew, said head of the Egyptian Antiquities Sector at the ministry, Mahmoud Afify.

The discoveries were made during excavations by the German mission in the area between the courtyard and the hall of columns in the temple. The excavation was originally made to search for the remains of the wall separating the two sites.

Some of the discovered statues represent goddess Sekhmet in a seated position, others depict her while standing and holding in her hand the symbol of life and a scepter of the papyrus flower, said mission head Professor Horig Suruzaan.

She pointed out that all the discovered statues are made of Diorite rock.

The statues are in good condition and well-preserved; they have an important archaeological value as they should provide a full image of the temple, especially after its collapse in a devastating earthquake in the pharaonic era, Suruzaan added.

The statues are undergoing restoration before being replaced in their original locations at the temple, she mentioned.

King Amenhotep III installed a large number of statues of the goddess Sekhmet to protect the temple from dangers and the king from diseases.

Sekhmet, who is depicted as a lioness, was a warrior goddess and the goddess of healing, known to ancient Egyptians as the "powerful goddess". 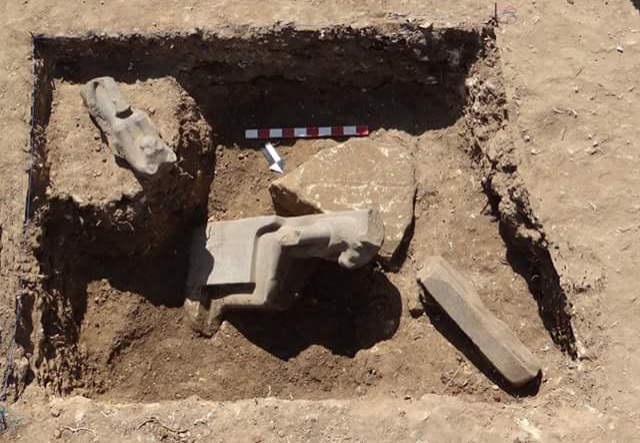 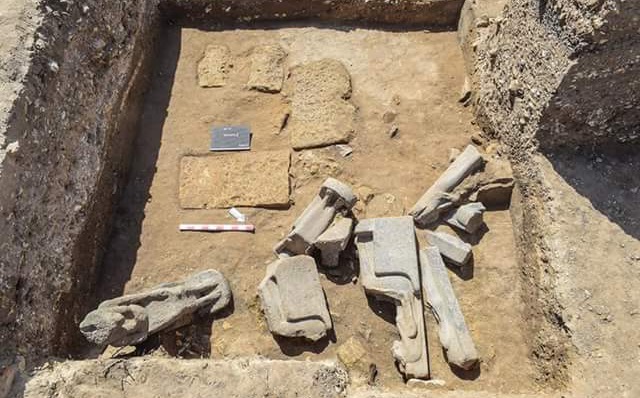