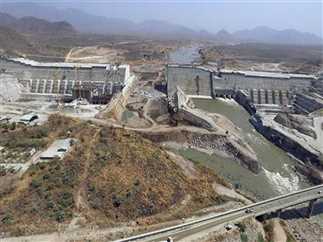 Ethiopia’s government, led by Prime Minister Abiy Ahmed, has found itself in a quagmire of rising
domestic and international tensions, raising fears for the survival of the government in question.

Africa’s second-most-populous nation now faces ongoing riots in the Oromia and Wolayta regions,
and a standoff with the Tigray regional government following the official postponement of
elections to next year.

Besides, the domestic challenges, Ethiopia also faces rising tensions with Egypt and Sudan over the
disputed mega-dam on the Blue Nile river.

For almost a decade, Egypt, Ethiopia, and Sudan have been engaged in negotiations on the Grand
Ethiopian Renaissance Dam (GERD), to conclude an agreement, governing both the filling and the
operation of the dam.

Earlier this year, the US tried to mediate the talks, but Ethiopia walked away amid accusations that
Washington was siding with Egypt. Now the three countries are engaged in dialogue under African
Union supervision, yet no breakthrough was reached.

In the latest development of the GERD saga, US State Department said that it will be suspending
some aid to Ethiopia over the “lack of progress” in the country’s talks with Egypt and Sudan over
the massive, disputed dam project it is completing on the Nile River.

A State Department spokesperson told The Associated Press the decision to “temporarily pause”
some aid to a key regional security ally “reflects our concern about Ethiopia’s unilateral decision to
begin to fill the dam before an agreement and all necessary dam safety measures were in place.”

With 90 percent of its water needs provided by the River Nile, Egypt remains concerned that the GERD
will shrink its share of water from the river, which will cause harm to its people.

Egypt has expressed concerns regarding its possible impact on its 55 billion cbm share of the River Nile water. However, Ethiopia insists that the dam will not negatively affect Egypt’s interests.

Ethiopia has been criticized on the domestic front as well, as concerns over the country’s return to authoritarian rule have been on the rise, following the arrests of as many as 9,000 people across the country.

The arrests occurred during deadly clashes which followed the killing of popular and prominent Oromo singer and political activist, Hachalu Hundessa, in June.

Adding insult to injury, the tensions between Ahmed’s federal government and the Tigray region’s ruling party, the Tigray People’s Liberation Front (TPLF), is escalating, raising fears of a military confrontation.

“We are alarmed that the Ethiopian government has renewed restrictions on individual rights. The government’s use of repressive tools in its latest crackdown, including arbitrarily arresting citizens and shutting down the Internet, echoes tactics employed by previous Ethiopian leaders and directly threatens the progress made over the last two years,” Freedom House said.

The same was echoed in a letter sent last week to Tibor Nagy Jr, the Assistant Secretary of State
for African Affairs, in which Minnesota US Senators Tina Smith and Amy Klobuchar called
Ethiopia’s actions a suppression of human rights.

The senators called for the US State Department to put pressure on Ethiopia’s government for the
release of prominent Oromo opposition figures, Jawar Mohammed and Misha Chiri, both former
residents of Minnesota.

Is an Egypt-Ethiopia war an option?: A comparison between the Egyptian and Ethiopian armies

The government turn to lobby firms to ease pressures

As the Ethiopian government got stuck at all fronts, it sought the aid of lobbying firms in the US
capital, Washington DC, in a bid to ease the US pressure.

According to documents filed on 30 June with the US Department of Justice, of which Daily News

Egypt has obtained a copy, the Ethiopian Embassy in Washington DC has signed a three-month contract, worth US$130,000, with Indiana-based law firm Barnes & Thornburg. The filing was signed by Ronnie L Miller, who serves as federal compliance counsel for the firm.

“The Registrant will assist the Embassy in arranging meetings with government officials on matters of interest to the Embassy, and assisting in strategic planning and advocacy for those interests,” the filing states. Barnes & Thornburg partner Craig Burkhardt is the only registered agent on the account.