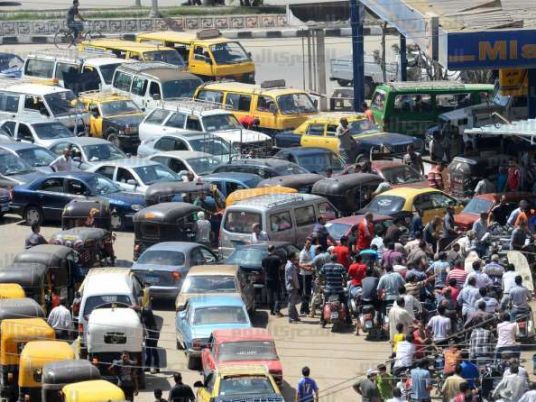 Ibrahim Sarhan, Chairman of the Board of Directors for "I-Finance", the company responsible for the fuel smart cards system, said 61,000 cards have been issued so far to tuk-tuk drivers and the rest will be issued in the coming days.
He added that 7,000 farmers, who each own agricultural plots of up to 10 acres, obtained the fuel cards as well.
The traffic departments sent information on 60,000 cars to the company Sunday and cards will soon be issued to them, Sarhan said.
According to Haitham Tarabeek, head of the business planning sector of the company, some unregistered vehicles will have trouble obtaining fuel cards. Those categories include tuk-tuks, fishing boats, tractors and other agricultural and construction vehicles, as well as unregistered bakeries.
The company is committed to issuing cards for categories that have a database and clear authorization from government agencies, and licenses from traffic departments, according to Tarabeek.
He added that the Interior Ministry has yet to resolve the licensing issue with tuk-tuks, and therefore it was difficult to issue fuel cards to them, except in some governorates where tuk-tuks have licenses.
The company issued fuel smart cards for 1,690 fishing boats and over 2,000 licensed bakeries, Tarabeek added.
According to I-Finance, 5.2 million cards in total have been issued, including 4.4 million cards for gasoline and 800,000 cards for diesel fuel.
Edited translation from Al-Masry Al-Youm