Parliamentary elections are taking place in Egypt today, 28 November, amid widespread public indifference. Enthusiasm for elections has been low since the 1952 revolution, but the apathy level this year is exceptional because authorities have managed to keep public interest in politics to a bare minimum. They have limited the campaign period to the shortest possible time–less than a week–and launched a broad offensive to restrict media freedoms. But not all these measures have been met with silence. Behind the main election stage, four important non-electoral battles are raging.

This is the most significant battle, with a number of prominent judges contesting the legality of the process though which a handful of judicial monitors were selected to supervise more than 200 general polling stations. According to the judiciary law, monitors must be selected by the General Assembly of the Courts. That did not happen. Instead, they were chosen by the High Elections Commission (HEC)–the supreme authority overseeing the elections–that, in practice, is controlled by the Interior Ministry. If this dispute is resolved in favor of the judges, it will be enough to annul election results and impair the new parliament’s role in nominating presidential candidates. This could have a serious impact on Egypt’s immediate political future.
.
The Supreme Administrative Court (SAC), the highest court in Egypt charged with settling disputes between citizens and state authorities, has also issued some 600 rulings compelling the HEC to accept disqualified candidates. Moreover, the Court strongly condemned the HEC’s lack of independence and its disrespect for the law, the constitution and previous court rulings.

The problem, which the SAC statements highlight, is that the HEC does not have the final say over electoral matters. That belongs to the Interior Ministry, which treats the HEC as a directorate within the ministry. The Commission’s subservience to the security apparatus raises doubts about the legitimacy of the entire election process and results.

The battle to monitor

Egyptian authorities have refused to allow international monitors, claiming that their presence would threaten Egypt’s “sovereignty”. Instead, the government has promised that Egyptian civil society organizations would monitor the elections. In reality, the HEC has refused to grant several Egyptian NGOs permission to observe the elections, while giving the remaining groups about 10 percent of the permits they requested. Even this small number may be largely symbolic, since the HEC also gives polling station heads the right to allow or deny monitors, even if they have official permits.

In this context, several NGOs have refused to obtain permits and will instead observe the elections without these ineffectual and virtually worthless documents.

Human rights groups monitoring the elections also face two challenges. The first is how to do their job effectively, despite inhospitable circumstances, and the direct and indirect security violence they will face. The second is the stiff competition they will encounter from government organizations monitoring the polls under the umberella of the National Council for Human Rights. These state-controlled groups have received all their requested permits and enjoy greater security protection. Their reports will be extremely tame, their criticisms limited to the Muslim Brotherhood, and they will mainly address technical problems that exist even in the most well-established democracies (much like how they monitored the Shura Council and municipal elections in the past).

Both foreign and Egyptian journalists will face tougher obstacles than those encountered during the 2005 parliamentary elections. Government TV networks have a near monopoly over live election coverage. There have already been instances of foreign correspondents being harassed by security during the few days in which candidates were allowed to hold campaign rallies. Foreign journalists are being sent a clear message that anything they do must receive prior approval from security authorities, or else they will face severe consequences.

As for Egyptian journalists, they realize that the level of violence perpetrated by ruling National Democratic Party (NDP) supporters and security forces against the opposition will high. They are also aware that state authorities have set strict limits on what can be published or broadcast about these elections. In this context, the incentive to cover elections from the field has been much reduced.

Mnay observers expect a higher level of violence than that witnessed in the 2005 parliamentary elections for two reasons: Exacerbated tensions between the Muslim Brotherhood and the state, and inter-NDP competition. During the 2005 poll, a total of 14 people were killed, even though the Brotherhood and the regime had cut a deal beforehand about the outcome of the race. Moreover, only one NDP candidate was running for each seat in 2005.

This year, no such deal exists between the state and the banned Islamist organization. This means that violence against Brotherhood supporters will know no limits. In fact, we can already see signs, especially in the Brotherhood stronghold of Alexandria. Security officials in Alexandria have rejected the nomination papers of two senior Brotherhood candidates, although both are MPs in the current parliament, and have defied court orders to accept their candidacy. Meanwhile, the Brotherhood has instructed its local supporters to fiercely defend the ballot boxes to ensure they are not tampered with.

Violence is also expected between supporters of different candidates belonging to the NDP. Unlike in 2005, the NDP is fielding between two and four candidates per seat in 60 percent of the districts. Most competing candidates have strong family or tribal ties, not to mention vast financial resources. Since they belong to the same party and ostensibly have the same political platform, violence will be their major weapon, particularly since NDP members know better than anyone that election results in Egypt are not decided by the voters.

These four battles will determine the course of election day. The actual results are of little concern to most people, who believe the outcome has already been fixed. All that remains is for the HEC to announce the poll results on behalf of the Interior Ministry, which has supervised all the main stages of the election process.

Young men who were filmed singing in a video clip inside mosque arrested: Interior Ministry 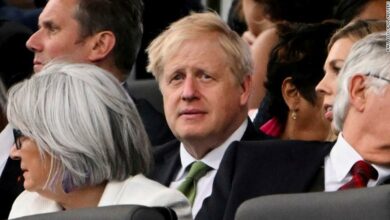