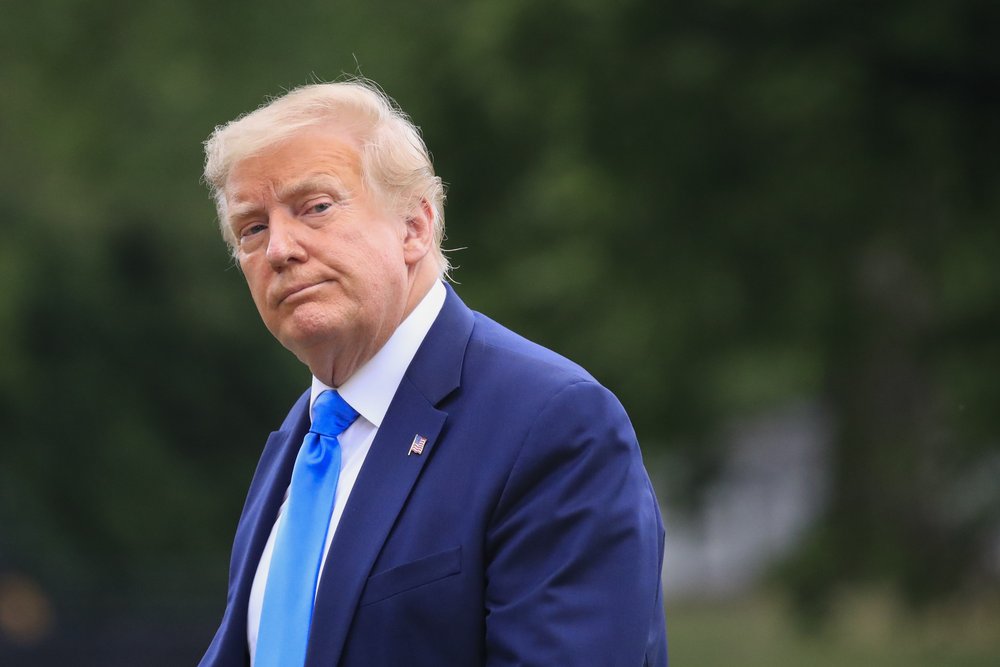 Presidential politics move fast. What we’re watching heading into a new week on the 2020 campaign:

These are among the darkest days of President Donald Trump’s presidency. Coronavirus infections are exploding, the economic recovery is in jeopardy and Trump may have undermined his own “law and order” message by commuting the prison sentence of his friend and political adviser.

Emboldened Democrats are trying to guard against overconfidence, even as they see real opportunities to expand Joe Biden’s path to the White House in states like Georgia, Iowa and Ohio. And Biden’s slow-and-steady approach is winning praise from Democrats everywhere as Trump’s string of unforced errors and divisive rhetoric continues.

There’s less time for Republicans to turn things around than they’d like. Early voting across several swing states is set to begin in little more than two months.

How many more Americans will die?

The number of Americans dying from COVID-19 is surging again. The daily death toll began falling in mid-April, and it continued to fall — until about a week ago. Daily reported deaths in the US have increased from 578 two weeks ago to 664 on July 10, according to an Associated Press analysis of data from Johns Hopkins University’s seven-day rolling average. That’s still well below the heights hit in April, but researchers are expecting deaths to rise for at least some weeks still as infections soar.

Overall, more than 135,000 people in America have died as a result of COVID-19, according to Johns Hopkins. As a reminder, Trump in April predicted a death toll of “substantially below 100,000.” In May, he predicted deaths could reach 100,000. And now, the CDC’s latest model forecasts as many as 160,000 deaths by the end of August.

The Trump administration has yet to offer any kind of comprehensive, coordinated federal response. There was one noteworthy change over the weekend, however: The president wore a face mask in public for the first time.

Is “law and order” tainted?

Trump went where Richard Nixon would not when he commuted the sentence of longtime friend and political adviser Roger Stone, who had been convicted of multiple felony charges for lying to Congress, witness tampering and obstructing the House investigation involving Trump himself. Legal experts were aghast, and Republican Sen. Mitt Romney called it an act of “unprecedented historic corruption.”

The decision came as the president touts “law and order” as a central message in his reelection campaign. Another Republican, Sen. Pat Toomey of Pennsylvania, called the Stone commutation “a mistake.”

Will the criticism from his own party grow? It will be especially difficult for Senate Republicans in tough reelection campaigns to stand by the president on this one. They won’t want to address it, but Democrats will make it difficult for incumbents like Sens. Martha McSally, Cory Gardner, Susan Collins and Tom Tillis to stay silent.

Is it time to cancel the conventions?

Democrats have already embraced a dramatically scaled-down national convention in Milwaukee next month. Even a series of smaller Democratic watch parties across the country is in jeopardy as coronavirus infections surge.

Yet Trump’s desire to project stability has fueled intense pressure on Republicans to host a large-scale convention of some sort in Florida, which has suddenly emerged as the unofficial epicenter of the pandemic in the United States. Florida officials on Sunday reported the largest single-day increase in positive coronavirus cases in any state since the beginning of the pandemic.

According to state Department of Health statistics, 15,299 Floridians tested positive. That’s significantly higher than the previous records in California and New York, which didn’t crack 12,000. How much time does Florida’s Republican Gov. Ron DeSantis have to get things under control? The Republican National Convention is officially scheduled to begin in Florida in 42 days.

Besides public health concerns, we’re also hearing that convention officials are struggling to raise funding for the high-profile event. While Trump could certainly benefit from a post-convention bump, the potential costs may be beginning to outweigh the benefits.

Biden offered new details for his long-awaited jobs plan last week that he hopes will shift the balance of the high-stakes economic debate. Trump’s numbers have been weak on most issues, yet voters have not been willing to give the presumptive Democratic nominee a clear advantage on the economy.

Biden released a New Deal-like economic agenda that he touted as the most aggressive government investment in the US economy since World War II. He plans to invest hundreds of billions of dollars to reinvigorate the US manufacturing and technology sectors while tightening current “Buy American” laws intended to benefit US. firms. He also emphasized previous pledges to establish a $15-per-hour minimum wage, strengthen workers’ collective bargaining rights and repeal Republican-backed tax breaks for US corporations that move jobs overseas.

Trump’s inability to contain the pandemic will make it harder and harder to maintain any kind of advantage on the economy. The question is whether Biden can convince voters his brand of progressive populism is better.

It’s later than you think. Nov. 3 may feel like a lifetime away, but early voting in a series of battleground states is little more than two months away. Mid-September will feature the first votes cast in Pennsylvania, Michigan, Minnesota and Virginia. Two weeks later come Iowa, Maine, Ohio and New Mexico.

There’s a lot of money left to be spent, we don’t know who Biden’s running mate will be and we haven’t seen any debates, but the window to change the direction of the presidential contest is shrinking quickly.

2020 Watch runs every Monday and provides a look at the week ahead in the 2020 election.

Democrats warn against overconfidence in fight against Trump