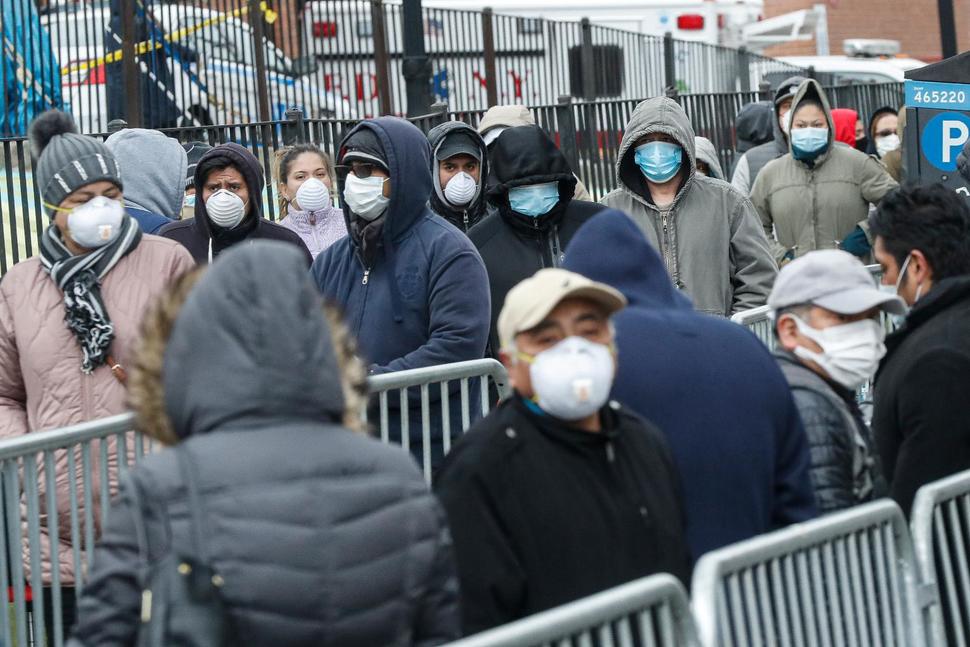 The measure cleared the Senate 96-0 after days of tumultuous, sometimes bitter negotiations and debate, as the US death toll for the pandemic soared past 1,000, with 68,000 confirmed infections.

Outbreaks have grown nationwide, but with particular fear that New York could be the next epicenter of the coronavirus pandemic.

“Let us tell them tonight that help is on the way, that they are not truly alone, that this country, that this Senate, that this government is here for them in a time of dire need,” top Senate Democrat Chuck Schumer said moments before the vote.

“Let us marshal this government into action.”

The measure now heads to the House of Representatives, where a Democratic leader said he expected it to pass by voice vote Friday before it goes to President Donald Trump for his signature.

Second-ranking House Republican Steve Scalise was urging his fellow Republicans to vote to pass the package, his communications director said.

The monster package, thrashed out between Republicans, Democrats and the White House, provides direct cash payments to millions of hurting American taxpayers, amounting to $3,400 for an average American family of four.

It provides some $500 billion in grants and loans to small businesses and core industries, including as much as $50 billion for strained airlines and their employees.

It also provides $100 billion of desperately needed resources for hospitals and other health facilities in dire need of medical equipment, and dramatically expands unemployment benefits to help workers sickened by the coronavirus or laid off during the crisis.

The United States has the third-highest number of infections globally behind China and Italy. About half are in New York state.

“We still have the trajectory going up,” said New York Governor Andrew Cuomo, adding that about 12 percent of the people who test positive require hospitalization.

Cuomo said health officials anticipate about 120,000 coronavirus patients coming into New York’s hospitals, which have a capacity of 50,000 beds.

But the governor pointed to evidence suggesting strict stay-at-home orders and social distancing measures have slowed the hospitalization rate.

“The arrows are headed in the right direction,” Cuomo told reporters.

The intensity of the crisis caught the Trump administration by surprise, and by Wednesday the president and his top lieutenants were demanding the Senate quicken the pace and pass the legislation.

“We need to get this money into the American economy and (to) American workers,” Treasury Secretary Steven Mnuchin said.

More than half the US population is now under some form of lockdown as authorities nationwide seek to stem the outbreaks.

Birmingham, Alabama and Charlotte, North Carolina have become the latest major US cities to order residents to stay indoors.

Wall Street stocks closed mixed Wednesday as the markets awaited a vote on the rescue package, the third of its kind in the past month, but by far the largest.

“The Senate just pivoted from one of the most divided periods in recent memory to passing the largest rescue package in American history,” tweeted Senate Majority Leader Mitch McConnell.

It dwarfs the bailouts of 2008, when a worldwide financial crisis sent the US economy into a tailspin.

With infections rising, the injection for hospitals could be the bill’s most effective element in fighting the pandemic, as it will help facilities provide protective gear, intensive care beds and ventilators and other medical equipment.

Trump tweeted Wednesday that four hospitals being built in New York with federal assistance “are moving along very well, ahead of schedule.”

Trump had voiced hope Tuesday that the country could begin to reopen in a few weeks, but his top infectious disease advisor, Anthony Fauci, said the timetable would need to remain “very flexible.”

Trump faces a re-election battle this year, and his campaign has been upended by the pandemic.

He said Tuesday that social distancing had caused too much pain to the economy, adding that he wanted the country “opened up and just raring to go by Easter,” which for most Christians in the US is April 12.

Later, Trump appeared to retreat from that goal at a news conference alongside Fauci.

Image: Patients wear personal protective equipment while maintaining social distancing as they wait in line for a COVID-19 test at Elmhurst Hospital Center, on Wednesday, March 25, 2020, in New York. Gov. Andrew Cuomo sounded his most dire warning yet about the coronavirus pandemic on Tuesday, saying the infection rate in New York is accelerating and the state could be as close as two weeks away from a crisis that sees 40,000 people in intensive care. Such a surge would overwhelm hospitals, which now have just 3,000 intensive care unit beds statewide (AP Photo/John Minchillo) THE ASSOCIATED PRESS