The Acting Syndicate announced the launch of the first edition of Cairo Drama Festival (CDF) set to take place on Wednesday, September 21st 2022. Headed by the iconic Dr. Yehia El Fakharany, the festival will direct the spotlight on the latest season of TV drama that was aired during the holy month of Ramadan 2022. With a wide range of key opinion leaders and icons in the drama industry, the festival will recognize the industry’s exemplary models in 14 different categories. POD Egypt, a UMS company, will be responsible for handling the festival’s public relations and event management. The event will be aired on one of UMS’s channels.

Headed by legendary director Inaam Mohamed Ali, the festival’s jury meets on a weekly basis to watch, filter and evaluate the participating TV series. Such meetings allow members to analyze the series according to a number of specific evaluation criteria based on the overall quality, this guarantees that nominations are chosen objectively and with full transparency.

Commenting on this star-studded event, director Inaam Mohamed Ali said that the jury is working on a regular basis, to see all the works nominated in the competition, pointing out that drama professors and esteemed artists and experts evaluate the nominated TV series according to various criteria and techniques. She added that the selection of the jury members took into account the diversity of experiences and ages, ensuring impartiality and objectivity in selecting the winning TV series.

Moreover, the iconic director stressed that this festival is a great opportunity to shed light on real talents and support them to continue presenting high-quality art, worthy of the name of the renowned Egyptian drama. In addition, the festival reflects the state’s interest in enriching this industry and providing the necessary capabilities for its growth and development. The festival comes in light of Egypt’s leading role among the countries of the region in art and culture, highlighting that the history of Egyptian drama is full of successful TV series that had a positive influence on the Egyptian and Arab societies.

The Cairo Drama Festival is scheduled to be held annually in September of each year, within the framework of implementing the state’s directions and supporting Egypt’s Vision 2030, concerned with art and culture as one of the pillars of Egypt’s soft forces. The festival reflects the state’s appreciation of art and its enlightening role in society, and highlights the role played by Egyptian drama in shaping the Arab world’s consciousness. Russia seeks to expand footprint in Africa, says US official 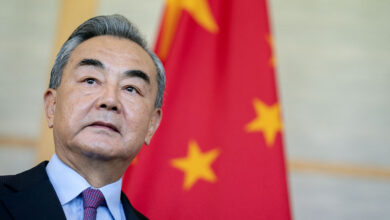