Facebook Twitter LinkedIn
Soon, headscarf-wearing Muslim women may find an emoji to represent them — thanks to a 15-year-old Saudi girl.
"The fact that there wasn't an emoji to represent me and the millions of other hijabi women across the world was baffling to me," the teen, Rayouf Alhumedhi, told CNN.
So, Rayouf, who lives in Berlin, proposed the idea to The Unicode Consortium, the non-profit corporation that reviews and develops new emojis.
She received an immediate reply.
"This is a very strong, thoughtful and well-formed proposal," said Jennifer 8. Lee, a member of the Unicode emoji subcommittee. 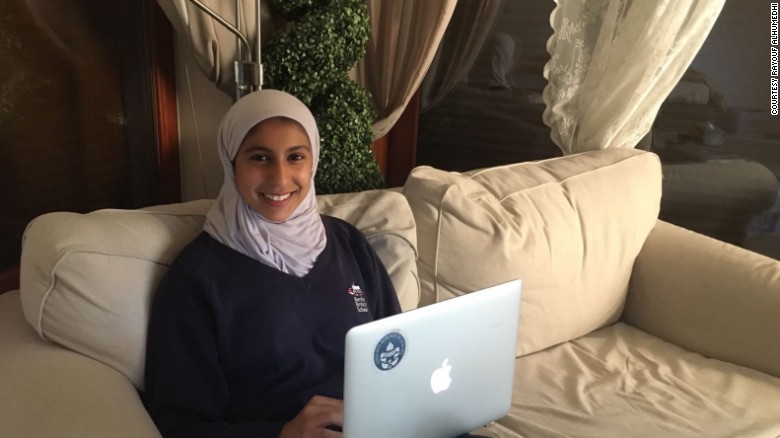 She has some big-name support.
Alexis Ohanian, co-found of Reddit, backs her idea of an emoji of a woman wearing a hijab. He hosted an online discussion Tuesday where Rayouf talked about her idea.
Some, Rayouf said, were opposed, calling it "unnecessary" and a "symbol of oppression."
But most were on board.
"People in general want to strive for diversity," she said.
Rayouf will present her proposal in person to Emojicon and the Unicode Technical Committee in November.
And chances are great that an emoji of a hijabi will on phones by next year.
Tags
hijabi emoji Rayouf Alhumedhi The Unicode Consortium Unicode emoji subcommittee