The Cairo Criminal Court on Tuesday sentenced 10 people to prison terms ranging from 3 to 5 years over charges of involvement in violence that erupted outside al-Azhar University in December 2013.

All of the defendants were also fined a total of LE2.160 million for damages sustained to the university’s utilities.

They were found guilty of sabotaging public and private property and threatening public servants.

Egyptian universities, most notably al-Azhar, were swept with clashes between security and students opposing the ouster of former President Mohamed Morsi in July 2013. Many students were either sacked or prosecuted for involvement in the violence. 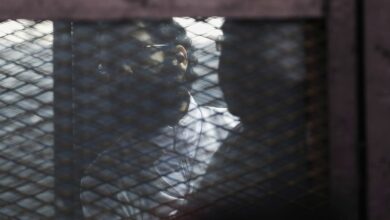